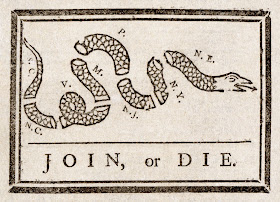 By now you all should have read Dianne Feinstein's proposed Assault Weapons Ban. If you haven't, here's the executive summary, to quote NAGR head Dudley Brown:


It's the end of the Second Amendment in the United States.

For once, I'm 100% in agreement with Brown. Read the whole thing yourself. Just the concept of putting all the "grandfathered" ARs and other "evil" rifles, shotguns and handguns on the NFA list, requiring maybe 20 million Americans to go through the NFA licensing/taxation procedure to create a handy list for the confiscation that will come later — remember, under Feinstein's proposed law grandfathered guns can't be transferred, so they all end up in the government's hands eventually — is breath-taking.

The real question is, "Can it pass?"

The answer is, as written, no. Probably not even the Senate, much less the House.

I think what we see here is a stalking horse, a super radical proposal to make the crap that Greasy Joe Biden's "Blue Ribbon" coven of gun banners will excrete smell a little more like chicken salad. Feinstein is trying to set up the play for "moderate" gun reform, except that the "moderate" gun reform will be the most radical ever envisioned in the United States.

From the Power Line Blog, that agrees the Feinstein proposal is DOA:


It is hard to say, at this point, whether it is merely grandstanding by Feinstein that will soon be forgotten, or whether it represents the first shot in an all-out war against gun owners (i.e., red America) by the Democratic Party.

I tend to think this is the war we've always thought was coming. This is the Democrats' best — and last — chance to disarm America, and they're going to do everything in their power, honest or dishonest, to accomplish their goal. I hope it goes without saying that their media handmaidens are already all-in...expect a flood of polls suggesting the America public has seen huge swings in support of gun control, the endless procession of Hollywood whores and turncoat Republicans...it will all be smoke and mirrors. Trust your heart and trust your gut.

We must remember that the goal is always confiscation; no matter what they say, that's where this path leads. Tyranny always comes with little baby steps, but in the end the boxcars always roll east.
Michael Bane at 4:27 PM